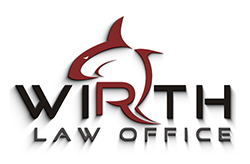 Federal prosecutors bring the weight of the U.S. government to bear when they are coming after a defendant. If state court seems intimidating, how much more intimidating is it when your government seeks your indictment and conviction? As a rule, federal prosecutors have a really high conviction rate. Once they have gotten an indictment from a grand jury, they are likely able to get a conviction as well. If you or a loved one are facing federal charges of any sort, you will need the help of an experienced federal defense attorney in Oklahoma City.

There Are Important Differences Between State Court And Federal Court

Federal courts have their own laws and procedures, which tend to be formal and complex. In order to handle a federal court matter, an Oklahoma City attorney must be admitted to practice before the federal district.

Indictments Are Similar To Warrants

Federal prosecutions are somewhat rare and federal prosecutors handle fewer criminal matters than does the average district attorney in a state court. Once a federal prosecutor begins moving a case toward indictment, they are reasonably assured that they will get a conviction.

Most federal criminal proceedings begin with a federal indictment. It is like a warrant.

Federal indictments are obtained by a federal prosecutor from a grand jury. The prosecutor chooses what evidence the grand jury will hear. The defendant has no right to confront the evidence or witnesses presented to a grand jury.

In order to be a federal matter, either federal law or regulation is involved, the crime took place on federal property, or the crime took place across state lines. Federal criminal courts handle crimes that we typically know from state courts such as murder, child pornography, assault and battery, and drug crimes. But they also handle white-collar crimes such as violations of interstate commerce, copyright infringement, patent infringement, fraud, and identity theft.

Federal prosecutors do allow some plea bargains based on federal guidelines. The procedure is somewhat complex and should be handled by an experienced Oklahoma City attorney.

It is against federal law to possess, use, or distribute illegal drugs. Under federal law, simple possession of an illegal drug can mean up to a year in prison and a fine of up to $1,000 for a first offense. 21 US Code § 844

A second conviction can lead to up to two years in prison and up to $2,500 in fines.

Possession of some drugs such as date rape drugs can mean longer federal sentences. Also, drug trafficking sentences are particularly harsh. Penalties can run from five years to life in prison. 21 US Code § 841

Firearms violations often involve possession by a person, such as a felon, who is prohibited from possession. Many possession charges carry prison terms of up to 10 years. 18 US Code § 922

Firearms violations and drug trafficking or possession are often charged together. When a firearm is used or is present either along with a drug felony or in the furtherance of another violent crime, an offender could face anywhere from five years to life in prison without parole or the death penalty if a death occurs as a result. 18 US Code § 924

Immigration violations are frequent. A green card marriage could land a defendant in prison for up to five years in addition to paying a fine of up to $250,000.

If you have been charged with a federal crime, you will need the help of an attorney who is knowledgeable about federal law and the federal court system. Get help today.

You’re also invited to send us a written inquiry.

We’ve made it simple by providing a form at the top of each page on this web site. Send us your question and our Oklahoma City federal defense attorney will reply as soon as possible.